Westword: Great Divide Brewing Rolls Out a New Look for a New Era 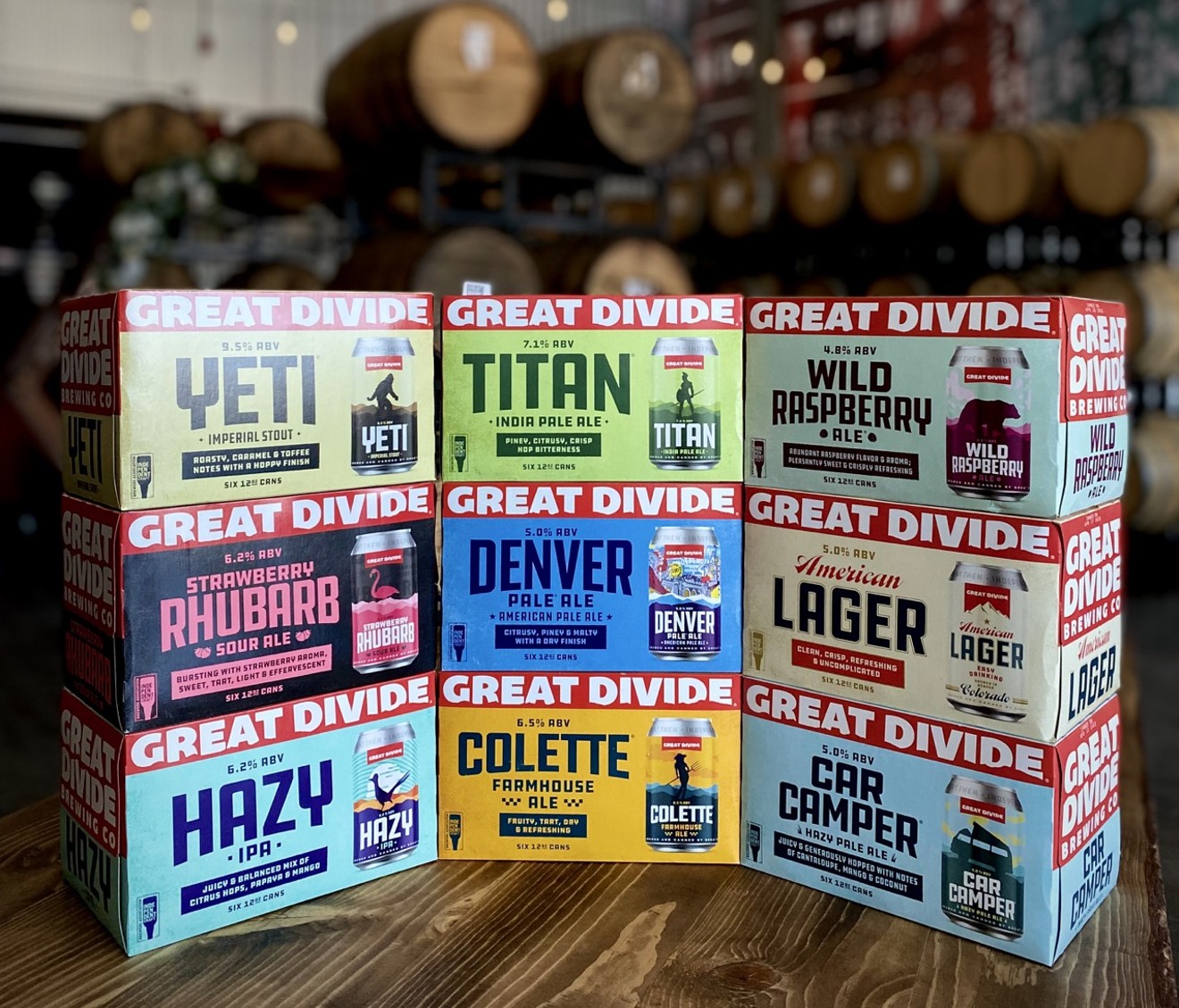 “When Great Divide announced in early 2021 that it would have to let go of its plans to open a big new brewing campus and instead scale back its operations, founder Brian Dunn made it a point to note that the decision would give the brewery the financial capacity to remain “fiercely independent.”
Now that idea — and the words “Independent Then/Independent Now” — have made it onto Great Divide’s cans as part of a major redesign of the brewery’s labels, logos and overall look. It’s the biggest change to the brewery’s imagery since it started canning its beers in 2015.”